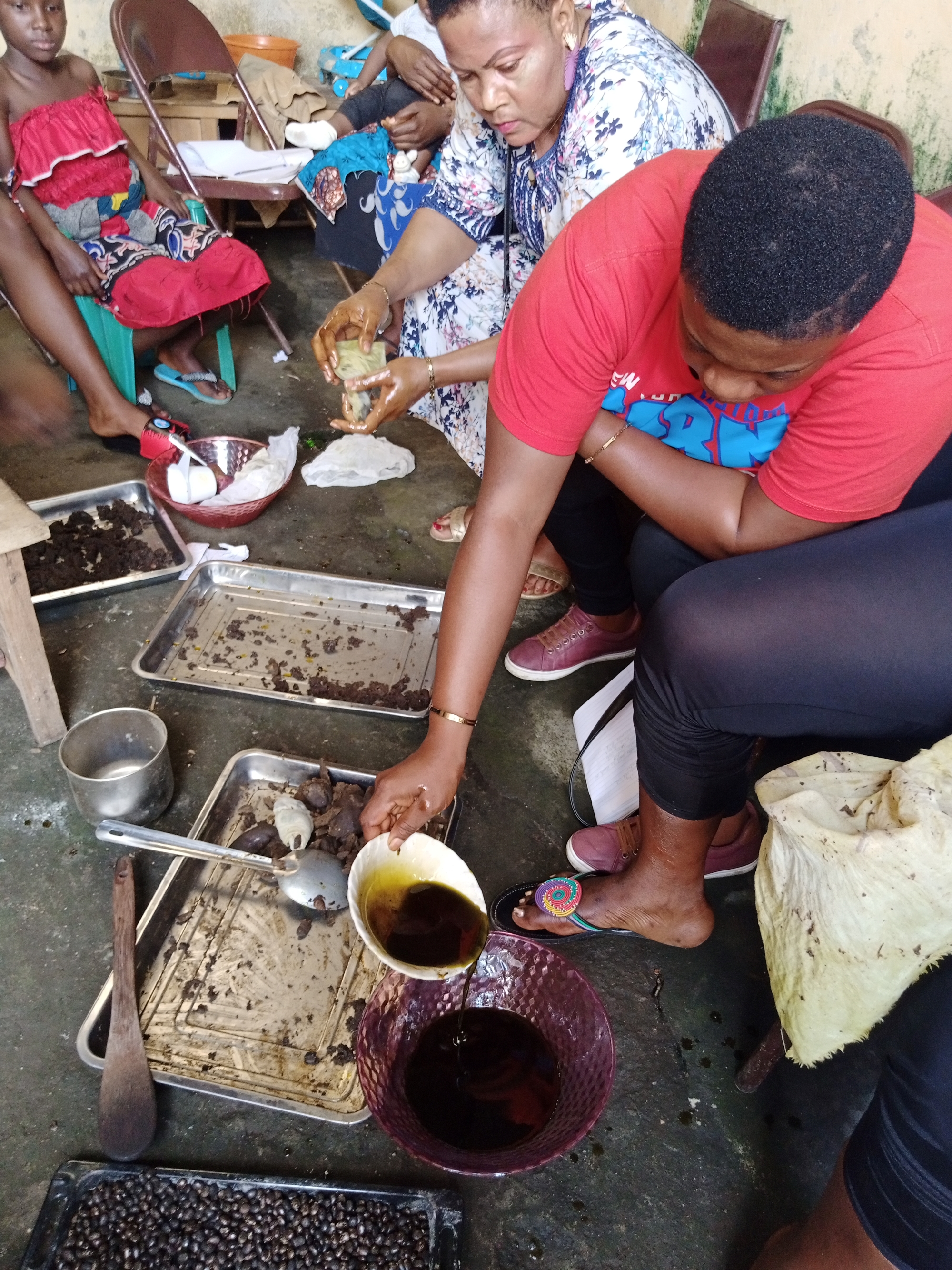 Some 12 women from Buea, South West Region of Cameroon,  last August 23 to 27, 2021 converged on the Irvingia training centre for hands-on training on the transformation of oils extracted from forest seeds into cosmetic products. This was a follow up training after that on the extraction of 100% organic oils.

The oils produced included castor oil, coconut oil, plum oil, njangsa oil, paw paw oil, carrot oil, cocoa oil. The training that was aimed at adding value in order to increase profit margins, according to participants was very timely. “Castor beans is totally useless but the oil is used traditionally for coronation of chief and to  purge  twins of  with craft. A small 100ml bottle of castor oil is sold for FCFA 2000,” said Hannah, one of the trainees.

“I have never heard of plum oil. Just imagine all the plum fruits that are thrown in Buea and neighbouring villages during their season because they get rotten. Imagine turning all of that into oil? That would be a fortune!” she noted