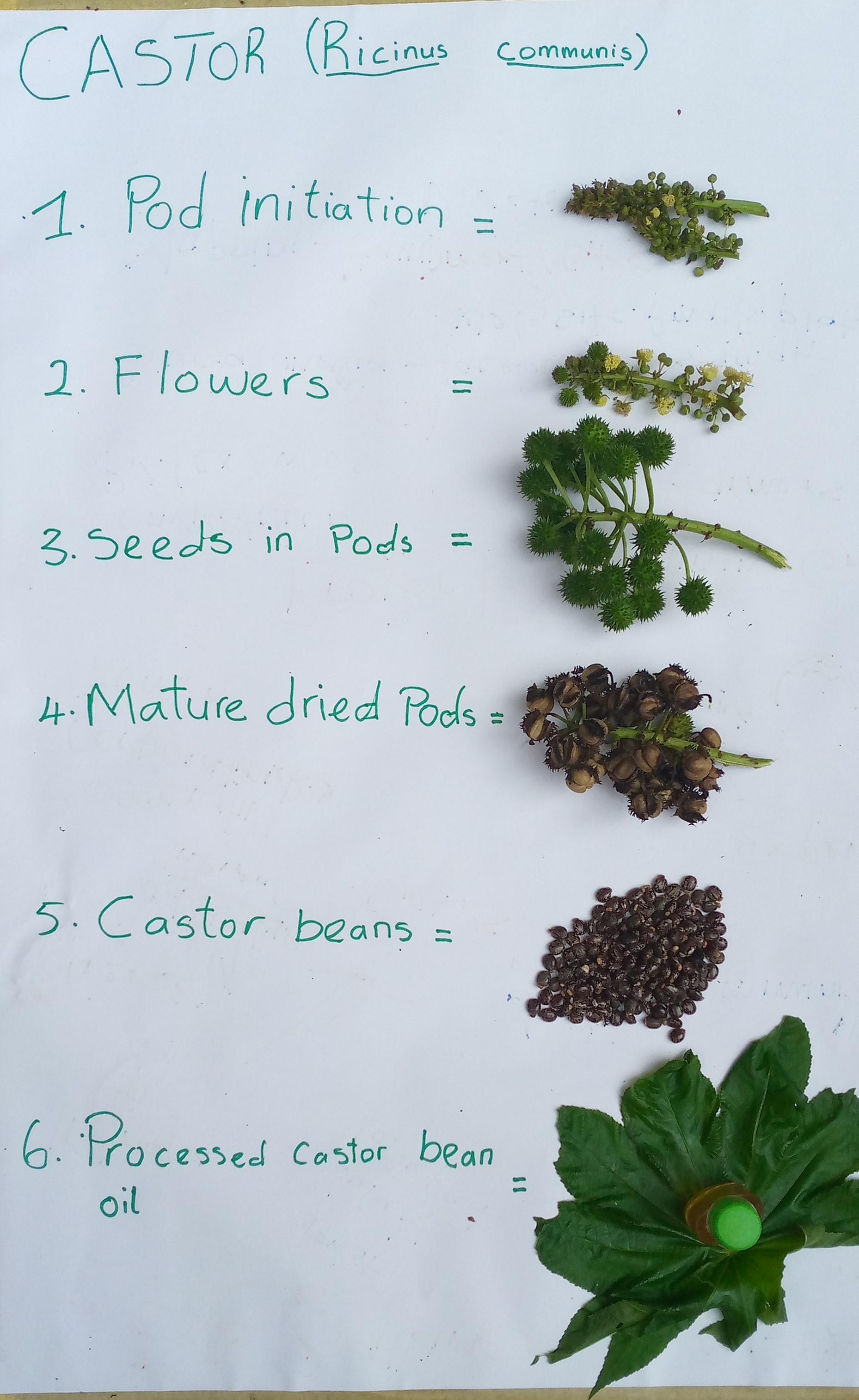 Ecological Balance has embarked on the valorization of Castor (Ricinus communis), an indigenous plant located in the southeastern Mediterranean Basin, Eastern Africa, India and the tropical regions, and well known to pharmaceuticals for its oil. An in-house training aimed at empowering the Organization’s team for an upcoming session that will train 10 women on the extraction of oils from seeds and 10 others on the transformation of these oils to cosmetic products was organized June 1, 2021 in this regard. 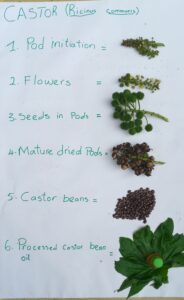 Carried out within the framework of the Irvingia project, castor seeds are readily available, with great cosmetic & cultural uses. “Castor oil is the best and most powerful laxative we know. It has been used from time immemorial to treat constipation and food poisoning. It is so powerful a laxative that some belief it can purge twins of all witchcraft powers” Mr. Epie Hans, a traditional medical practitioner explains.  “It also promotes the healing of stubborn wounds” the trade-practitioner adds. A claim, which aligns with medical research findings as Venelex (mixture of castor oil and Peru balsam) is a popular ointment used in clinical settings to treat wounds.

According to Mrs. Che Claudin, an elderly citizen, castor oil is very good in the treatment of burns, acne (blackheads and pimples) and keeps the hair and scalp healthy. “In our days, it was a very popular beauty product especially for the face and hair. And in my opinion, it was more effective in smoothing the skin, keeping it fresh than all the products I see people use today. We used it to treat dandruff easily as it made hair soft and kept the scalp clean,” she narrated.

The castor plant is also used in landscaping. This is because as it can survive a wide range of environments. Castor plants grow to about 1.5 to 2.5metres (4.9 to 8 feet) in a single season with its giant fanlike leaves producing seeds throughout the year. Its ability to survive a wide range of habitats come from the fact that it reproduces with a mixed pollination system which favors self-pollination (by geitonogamy) but at the same time can be cross pollinated by wind or insects. The seeds are made up of 40% – 60% oils that are rich in triglycerides, mainly ricinolein but also a water-soluble toxin.

Historically, Castor oil has been used as an effective motor lubricant for internal combustion engines since World War I. It is used in some racing cars and some model airplanes. Global castor seed production is around two million tons per year.