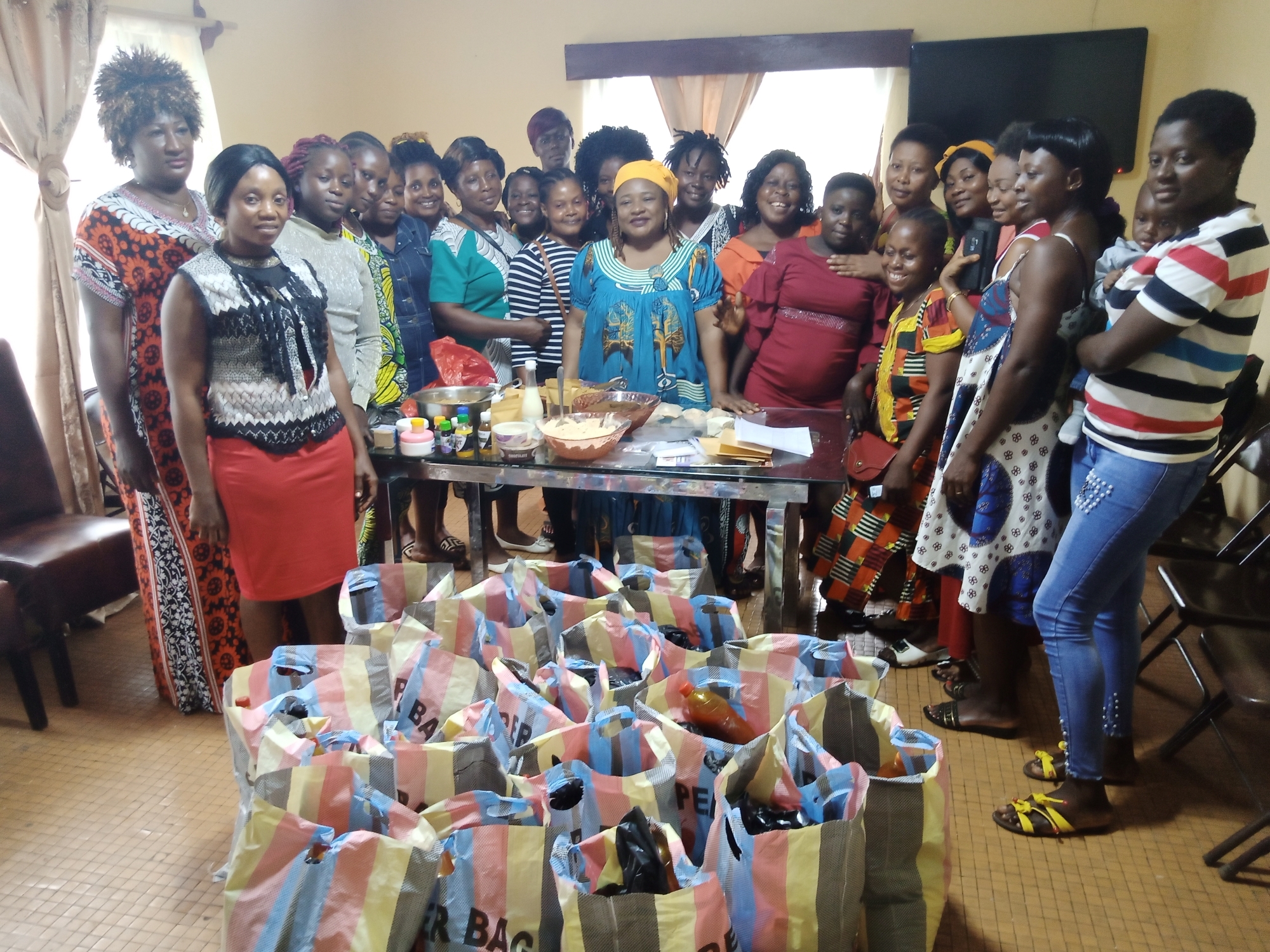 Ecological Balance has within the framework of its Eco Food Bank Project, donated food and non-food items to some 23 IDP families in Buea. Donated September 24, 2021, each of the families from  Bambalang and Bafut in the North West Regiong, and Mautu, Muyuka centre, Banga, Muyenge, Alou and Lewoh from different divisions of the South West Region, went home with rice, cooking oil, salt, maize, maize flour, food sweeteners, and soaps (bathing and washing). 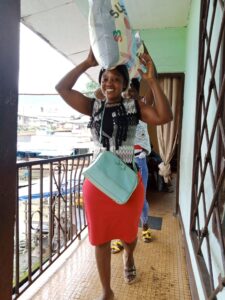 Though this number of families were reached, the Executive Director of Ecological Balance, Ms. Limbi blessing, holds that it is just a small section of the number of IDP families in dire need of humanitarian assistance in Buea. “We budgeted for 20 families but finally reached out to 23.  About 72 hours to our donation event, I received over 200 calls. We had planned to donate food to a total of 50 families this year but I have about 180 more families waiting. There still much to be done,” she said.

The Anglophone crisis in the North West and South West regions of Cameroon started in November 2016 and since then, many have fled their homes to neighboring towns to seek refuge from ever increasing insecurity and violence.  UNHCR records (March 2019) indicate that as of October 2018, an estimated there 437,000 had been internally displaced by the crisis; 246,000 of them in the Southwest Region, 105,000 in the Northwest Region, and 86,000 in the Littoral & West Regions and 35,000 in Nigeria. Over 15,780 more were reportedly newly displaced in the NW/SW in June 2020 and the figures keep increasing. The crisis has been widely reported by Aljezeera, Deustche Welle, Human Rights Watch and was second on the list of the world’s most neglected crisis (Norwegian Refugee Council, May 2021). 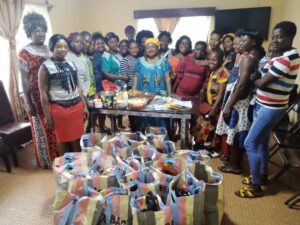 The victims now called internally displaced persons or IDPs, a majority of whom are women and children have lost their houses (many villages were completely burnt down), source of livelihoods and are in dire need of  food and shelter. Njou Loveline for instance now resides in Bomaka-Buea haven fled from Munyenge a village in Muyuka, South West Region together with her mother and siblings. “Here in Buea, we face a lot of challenges especially with food. We barely eat once a day and it’s in the evening and most often its either rice or garri”, she lamented.

According to Cecilia Efuah, another IDP, the challenges are too many. “Buea is very cold yet we sleep on mats on the floor. We cannot afford food and drugs talk less of sending our children to school. Presently, my children are sick and I think it is due to bad nutrition, we have been drinking garri for too long,” she explained, with tears oozing from her eyes.

It is even more challenging to single parents. I am not a lazy parent. I had farms in Mautu that I worked and fed my children without any stress. Now, I am unable to give them even garri or rice; the suffering is at another level,” said Kudi Pepetua, and IDP single mother.

According to the Food and Agricultural Organization access to adequate food or means for its procurement is a fundamental human right. In their words, ‘every human being, every citizen of an ordinary country, has the right to food necessary to his/her survival. Every woman, man and child, alone or in community with others must at all times have physical and economic access to adequate food’. This is only a mirage for many families of the North West and South West Regions of Cameroon.

The Eco Food Bank was set up as a forest garden demonstration farm with aim to train farmers in Buea, SW Cameroon on climate-smart agriculture. In response to need, it is now also a living food bank.