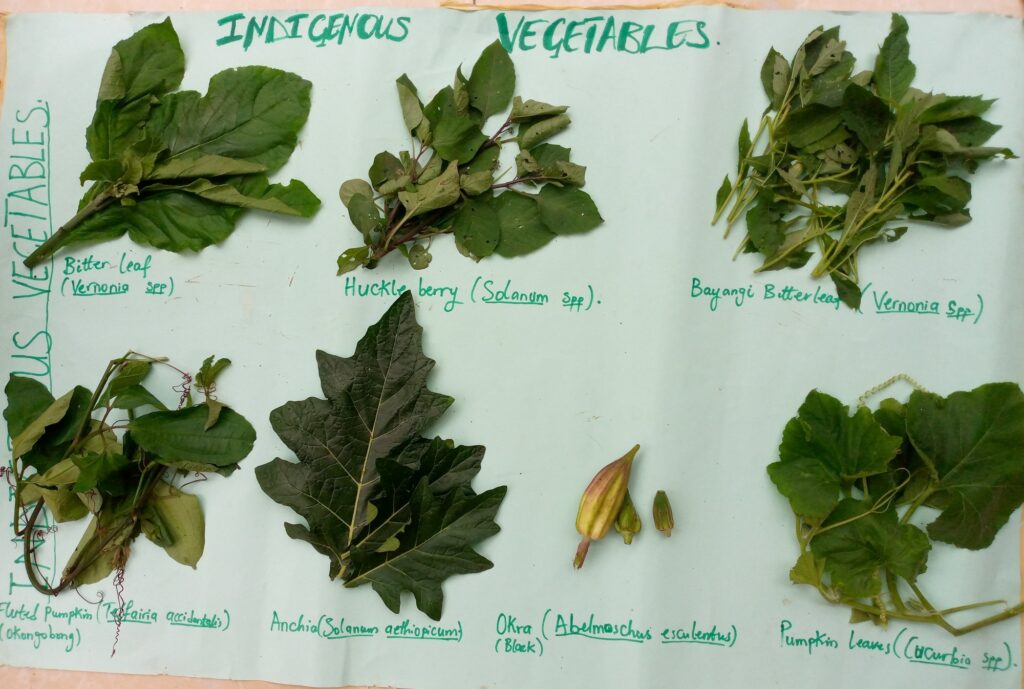 Ecological Balance has, in consonance with its Climate-smart Agriculture Programme, begun fine-tuning strategies for the banking of indigenous seeds, while also enhancing exchange amongst farmers. Aimed at collecting a wide range of landraces, propagating them in the most organic manner and saving them for the future, the Climate-Smart Agriculture Programme Coordinator of Ecological Balance, Agborkang Godfred, said a mechanism will equally be put in place to ensure that indigenous vegetable seeds are distributed to interested farmers.

Indigenous vegetables are those that have been living naturally in a particular country or climate and adapting to the condition of the area they are grown. Their seeds are usually selected and managed by local people in the growing environment, and have been widely acclaimed by local farmers for being resilient.

“The seeds register more germination rates, and we don’t have to spray the seedlings with fungicides etc.  It is also very common to see indigenous seeds sprouting in farms where they were cultivated the previous year, just after the first rainfall. This especially true with small eye country pepper, bayangi bitter leaf, okongobong, pumpkin leaves, country njama njama, anchia and ‘black’ okra. I am not a scientist but I think our indigenous seeds have adapted to the seasons and developed resistance to organisms in the soil and air over time beautifully,” said Mama Juliet Nkeng of Bomaka village, Buea. The vegetable farmer added that with the indigenous seeds, she is sure of a harvest, irrespective of the climatic condition, unlike modified seeds.

On his part, Mr. Chi Denise of Bokwangho village narrated his ordeals with non-indigenous vegetable seeds.  “I registered 100% failure with non-indigenous vegetables. The most annoying thing is that they are very expensive and difficult to maintain that is spraying with fungicides and insecticides from time to time. Some seeds did not even germinate at all, while the few that germinated, were completely destroyed by insects even after I sprayed them,” he said. An experience, which other farmers confirmed.

To ascertain the validity of these claims, the Eco Food Bank team set out to experiment the germination and survival rates of indigenous vs modified vegetables in March 2021, just after first rains. Indigenous seeds like bayangi bitter leaf, okongobong, pumpkin leaves, country njama njama and black okra were planted on one part of the farm, while nonindigenous seeds like green pepper, onion, carrots, cabbage, celery, parsley and white okra were planted on the other part. There was no seed pretreatment and all were subjected to the same natural (farm) conditions. Three months later, the following results registered;

Indigenous vegetable are an important source of micronutrients and income for rural people especially in Buea. They are increasingly prescribed by medics to patients with diverse ailments , especially those organically grown. Indigenous vegetables have also been noted for increasing appetite, providing fiber for digestion and preventing constipation. The valuable importance of these vegetables has increased consumption and demands for them both nationally and internationally. For example over 50% of all the Eru (Gnetum africana) consumed in Nigeria and beyond comes from Cameroon. This, beside the supply of other crops has made Cameroon to be considered the breadbasket of the Central and West African Sub-Regions.