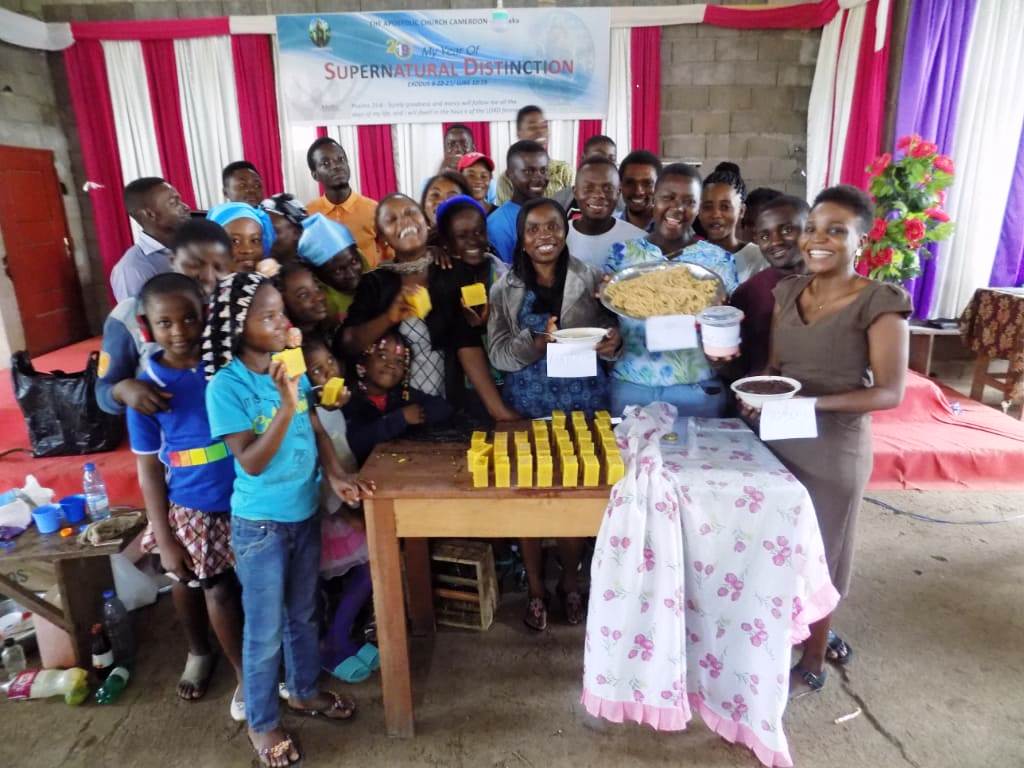 A Buea-based Cameroonian non-profit organization, Ecological Balance has empowered some 36 youths and rural women within the Buea Municipality to combat poverty and reduce dependence on natural resources. The youths and women, predominantly from the Apostolic Church of Cameroon Bomaka, for four days received training on graphics design and T-shirts production and the transformation of agricultural products like cassava into cassava flour or powder & biogas; Cocoa into chocolate, mambo and Ovaltine; plantain & potatoes into flower, flowers into spaghetti and others. They were also schooled on the production of mayonnaise, soap, omo, cocoa oil, hair oil and shoe polish production.

Organised within the framework of the Irvingia project, the training, according to the Executive Director of Ecological Balance, Limbi Blessing Tata, is in consonance with the goal of the organization to reconcile conservation with livelihoods. “We believe that conservation must have a social face. We are conserving as humans that is why we did a power mapping of the causes of the unsustainable use of natural resources and found out that one of them is livelihoods. The people do not have sustainable sources of livelihoods and we are saying that as long as the youths are unemployed, as long as poverty remains a major threat in the community, conservation is still a façade,” she elucidated.

The four-day workshop imparted youths and women in Bomaka. “I have learnt a lot; I have learnt how to produce mayonnaise, spaghetti, medicated soap and many others. This will help me save the money I use to use in buying these things and use on other stuff. This is because I will produce them myself instead of going to buy. I will also teach my sisters and neighbours, who are basically doing nothing, the things I have learnt here,” one of the women at the training, Abu Mary Jane, testified.

Another participant, Timah Jude, took interest in T-shirt production and promised to take up a profession in that domain.

On his part, the Irvingia  Project Coordinator, Enama Albert, said the organization intends to go beyond just the training to mentoring those interested in each of the training areas.  “We intend to help those of them who are interested in taking a profession from any of the areas of training like the T-shirt products & graphics design and transformation training to another level. We intend to link the trainees to the trainers to mentor them in their respective areas of interest between six months and one year,” he stated. He added that the organization will not leave the trainees at the level of training and production but will make sure that they get a market for them so that they don’t only produce, but can produce and market.