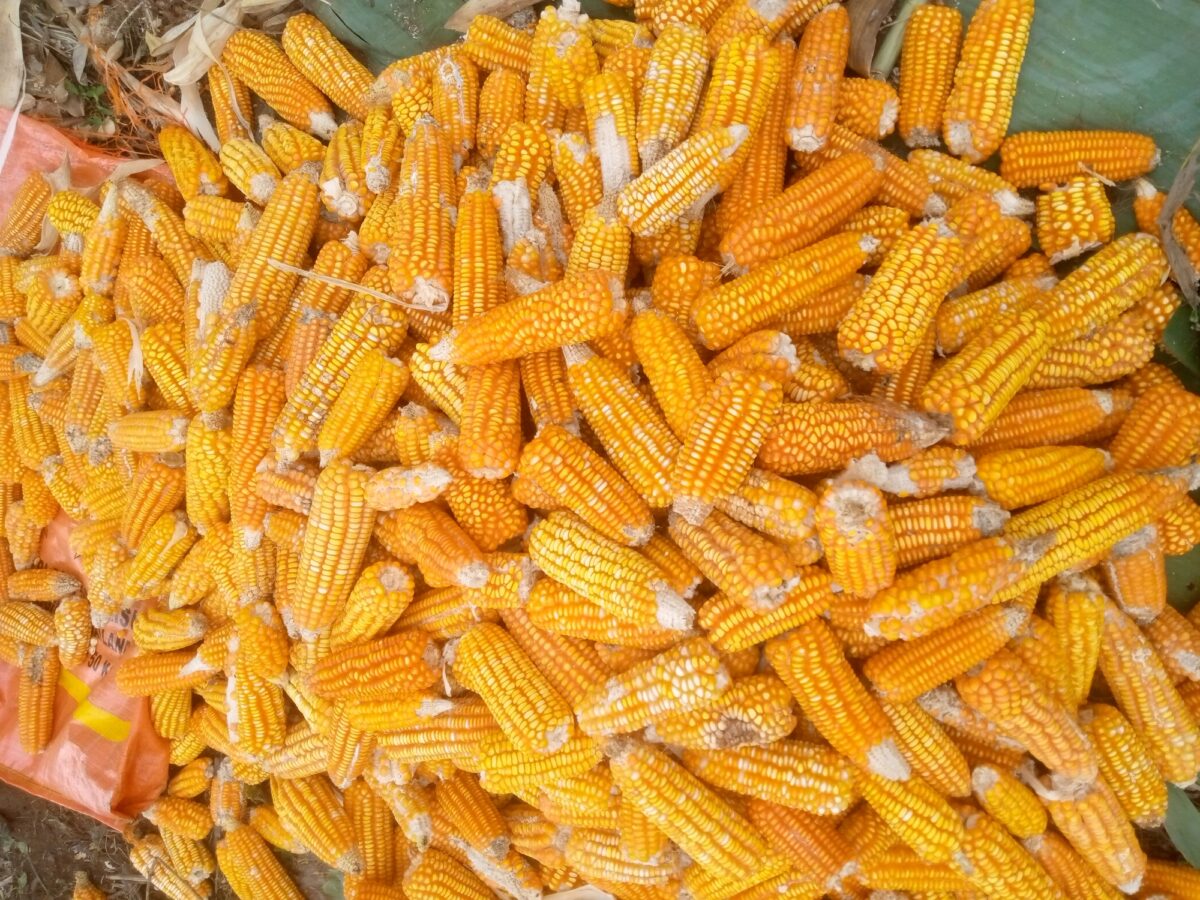 The Living Food Bank of Ecological Balance in Bokwango-Buea, South West Region of Cameroon had a bountiful yield of  a variety of crops during the last harvest in January 2022. Over 72kg of beans, 180kg of maize, and a good quantities of pumpkins, vegetables and cassava were harvest from the Living bank to meet the needs of internally displaced and or needy families in different communities in Buea, South West Region of Cameroon.

The Food Bank of Ecological Balance was established in 2019 to meet the needs of internally displaced families as a result of the arm conflict rocking the North West and South West regions of Cameroon, and other needy families. “We made an appeal to support internally displaced families but the donations that came in were not enough. Hence, we sowed that as seed to harvest more within a few months. We have a team with great skills in agriculture and wanted to make use of this and the rich volcanic soils in Buea to produce more food for the increasing displaced population in Buea,” Madam Limbi Blessing Tata, the Executive Director of Ecological Balance expounded.

With this increase in yields from the Living Bank, the Organization has raised its usual donations of food items from 20 to 25 families. The Living Food Bank is part of the Climate Smart Agricultural Programme of Ecological Balance, which seeks to end hunger, improve nutrition, ensure food security & sovereignty without harming the environment (forests, soils, and water).