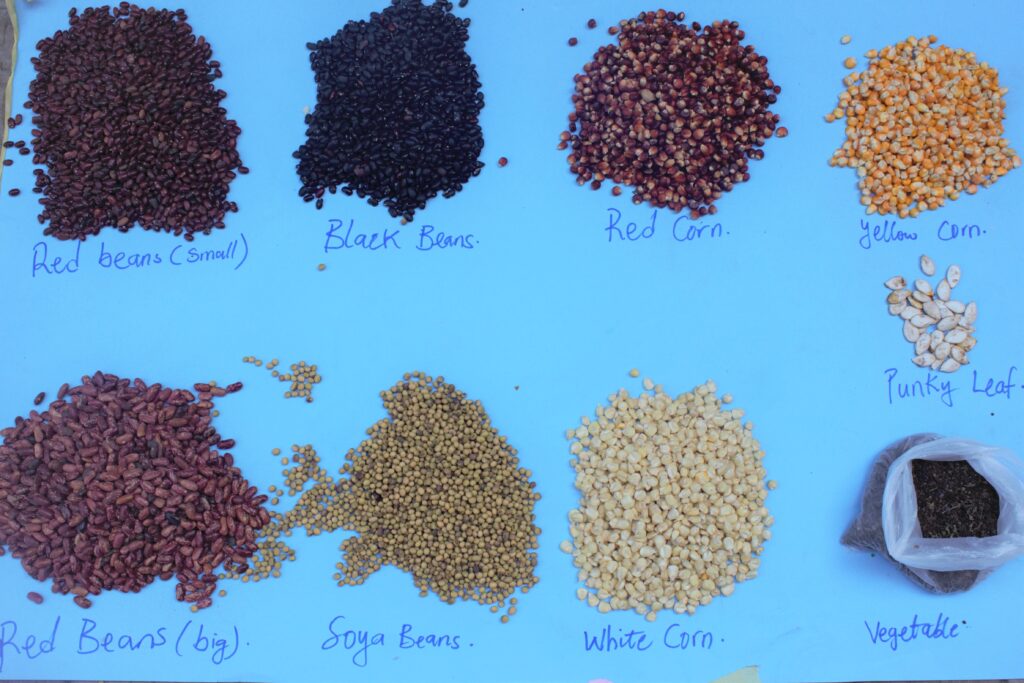 Due to the ever increasing need for food, Cameroon-based environmental non-profit organization, Ecological Balance, has set up a food bank that will grow and donate food items to families that have been internally displaced by the Anglophone crisis, natural disasters like floods and other, persons living with disabilities, the aged and other needy persons in Buea, South West Cameroon.

The food bank, which also aims at connecting smallholder farmers to share knowledge and exchange indigenous seeds, was set up in March 202. “We started reaching out to farmers and collecting different indigenous seeds by January this year. We already have 3 local varieties of maize, 4 varieties of beans and many varieties of assorted vegetables,” the Executive Director of Eco Balance disclosed, adding that the Organization intends to plant all varieties and land races of the major food and tree crops in Cameroon. “We also want to encourage the planting of marcotted and grafted forest species, so we will be planting many of them,” she said. The goal, according to her, is to have indigenous seed banks for various crops, especially looking at how it is helping to preserve culture, boost nutrition and protect the environment in other places around the world.

Seed banks are backup copies of crops that might otherwise be lost due to natural or human factors. Experts say seeds from traditional agricultural varieties could solve the problem of food shortage and malnutrition, as well as boost food system resilience to climate change and cultural challenges. The over one hectare farm serving as food bank is ear marked to donate food to about 50 families this year.